Callan O'Keeffe could have been the first South African driver in Formula 1 since 1980. Although he was a member of a very successful Red Bull Junior Team class of 2012, he hadn’t had such luck as three of his colleagues from the year, which made it into F1. After a short downturn, he has returned to the competition last year, running in the Fernando Alonso’s team in Formula Renault. Waiting for racing to return, he spoke with ŚwiatWyścigów.pl’s Roksana Ćwik.

How did your racing journey start?
My racing journey started relatively late at the age of 13 but my love for racing started when my parents took me to see some Formula One cars testing Kyalami at the age of four. From there though it was a long wait before I can start racing because my parents are not from a racing background and I had to lose 25 kg of weight before they understood I was serious.

You had your first encounter with F1 at 4 years old. Tell us about it.
Yeah I mean what’s not to love about those cars it was the 2001 pre-season test and the Williams BMW came flying through the corner I was stood at (called the Mineshaft) and as soon as the car came past I jumped my height and threw my toy rabbit that I was holding into the air that was that was the day I fell in love with motorsport. I never wanted to leave the track and I just kept asking my dad if we could stay for one more lap after every lap.

You were doing well in karting. Did the switch to cars came naturally to you?
To be honest I wouldn’t say that it came naturally even though I took pole position in my first being Formula BMW race, led every lap and won the race, I would say it was more we were working very hard behind-the-scenes away from the track in order to maximise the areas is needed to improve for a quick transition from Karting. You know in this day and age one of the most important things for young drivers is the simulator as track time is so limited so I spent a lot of time driving the Red Bull Sim and I definitely think that helped prepare me for my transition to car racing.

You were using Fernando Alonso’s branded go-karts. Is this how the relationship with his team started?
My karting days were extremely successful racing on the FA Kart and Ricky Flynn Motorsport. We had so much success in such a small period of time and obviously that left a very positive lasting memory all those years later.

Did you meet Fernando Alonso? How is he personally?
I did, I was actually very fortunate enough to spend quite a lot of time with Fernando Learning from him and understanding his approaching and really understand how his mentality made him one of the best drivers in the sport. One of the things that learned a lot was his attention to detail. When we did the presentation of the team at his karting circuit, he was personally organising the cars on circuit before the photo to make sure everything was equal. That is an absolute perfectionist and the definition of the word and a mentality that is so important to find those last few tenths of a seconds.

Jody Scheckter is your favourite driver and you have paid a tribute to him…
Yeah it was amazing when we raced in Monaco last season it was almost 40 years to the day since Jody won the race there with Ferrari so we decided to honour his memory by racing in a replica helmet. The reception was great and even Jody himself tweeted about it which made it even more special. 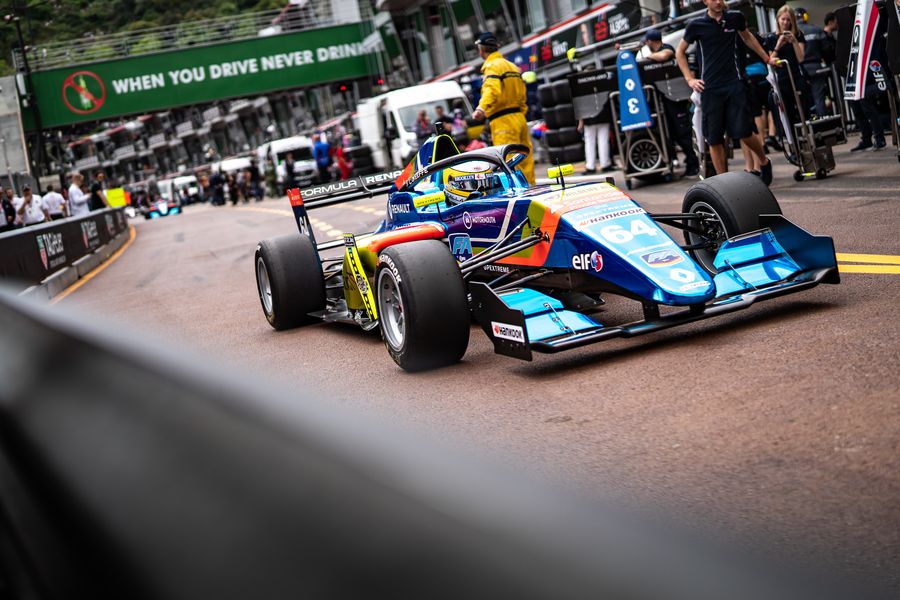 In 2012 you were a part of Red Bull Junior Team. How would you rate this programme?
When you sign up to red Bull you very much know what you are getting into. If everything goes perfectly you have a direct route to Formula One. Unfortunately, sometimes things do not go perfectly, and we all know what happened after that. I had a very good first year in Formula BMW but unfortunately the second year in German F4 for didn’t quite go to plan due to some areas outside of my control, however, I still look back on those days with fond memories as they taught me a lot about how to be a better driver and how to deal with adversity.

What impression do you have of Helmut Marko?
I think the general perception of Dr Marko is quite different to the actual person that he is. He’s an old school racer is not afraid to speak his mind and tell me exactly what he thinks of a situation, however there is also a man with a good sense of humour who occasionally you can make you smile!

What went wrong in the Formel Masters that your relationship ended after that?
Yeah that is probably the most difficult year of my career and it was many things outside my control and even some stuff outside of the team’s control. It was just one of those seasons where everything that can go wrong goes wrong, I mean our teams truck even caught fire on the way to one of the rounds!

Do you regret not being one of the three drivers of that year that made it into F1?
I wouldn’t say I regret it I mean obviously I would have loved to have driven in F1 that was my dream since I was a kid but regret is not a word I would use. I know that there were circumstances that stopped me from getting there and I am proud of all the stuff about I have achieved in my career so far and know that is still many more opportunities to achieve even more. 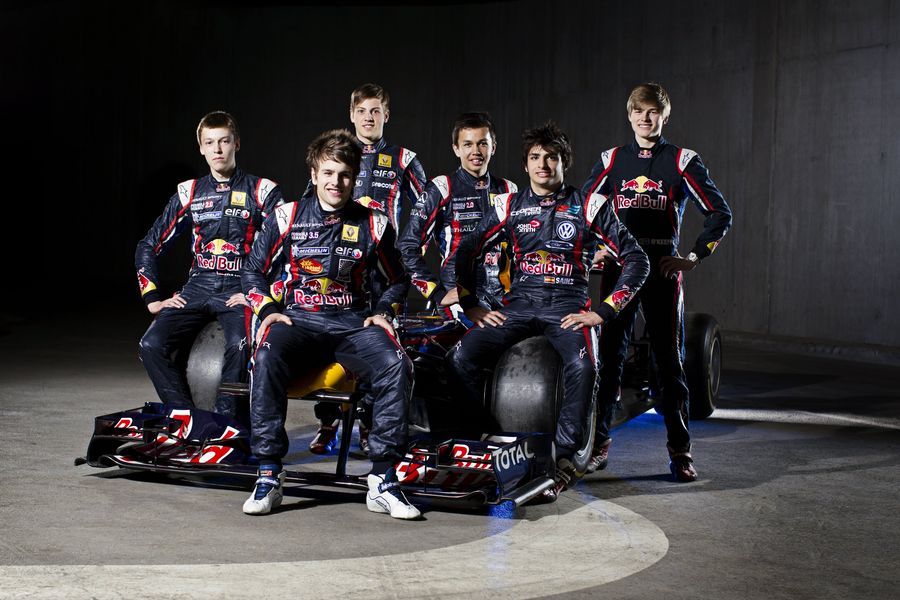 How did the deal with Lotus come about and was it instrumental to your career?
Before I signed with Red Bull it was between (what went on to become Lotus) Red Bull and McLaren for which Formula One Junior Team I would sign with and as soon as they found out that the Red Bull deal had ended they got in touch straightaway and within three days I was signed to the program. It was very important to bounce back after the bad year in German F4 and to arrive and straight away be at the front in a championship as competitive as Formula Renault was a big relief in my comeback.

If this programme still existed, do you think you would be closer to F1?
Maybe, who knows. There are so many “moving parts” in this world that you can never predict what is going to happen.

You have raced for a lot of different teams. How quickly could you get comfortable in a new environment?
Yeah, thankfully all the teams I have raced with have been professional and hardworking. It normally does not take me very long to settle.

You had a brief encounter with Road to Indy. What do you think of the US racing scene?
I loved it over there. Thankfully, I was fast straight away, but anyway I love their passion and approach to racing! I hope I will be able to go back soon!

You are focusing on the single seaters, but you have raced e.g. in LMP3. Do other racing disciplines appeal to you?
I really like sports cars and GT’s. I have limited experience but have done some racing and testing in both disciplines and really did enjoy driving them. I love anything with 4 wheels and an engine…it would be 2 wheels too if I had more “courage”.

The renovation of Kyalami allowed for big events to come to RSA once again. How will it affect the local racing scene?
I hope it will help it continue to grow and also bring back more top-level motorsport to SA. The fans are so hungry for lots of international racing so it would be great more youngsters racing as its on your doorstep and detached overseas!

Drivers like Jonathan Aberdein or the van der Linde brothers are proudly waving the RSA flag around the globe. Do you have contact with each other?
I know Sheldon and Jordan Pepper fairly well from some stuff recently but as they live in Germany and I live in the UK, we don’t really see each other except the occasion in the paddock.

You are also a driver coach and a commentator. How is it to change perspectives and have an outside look on the competition?
I have been coaching for a while now and formally launched “School of Send” at the start of this year. We have worked with some highly talented driver and produced some great results. It definitely helps to teach. Commentating, well yeah that is still a work in progress, but I really enjoy I and will hopefully get to do more.

What are your plans and are they affected by the current global situation?
At the moment just working hard on the coaching stuff and keeping our driver well prepared. Plenty of sim racing and coaching and exercising…waiting to return to a track soon hopefully!