French engineer Bernard Dudot without doubt ranks amongst the greatest technical masterminds in the history of Formula 1. It was he, who was responsible for the turbo revolution of the late 1970s that nearly resulted in a split of the world of Grand Prix racing. A decade later Dudot became one of the pioneers of the V10 configuration and proved that he could build superior naturally aspirated engine just as well. Drivers like Mansell, Prost, Schumacher, Hill, Villeneuve and Alonso used them to devastate the competition on the way to their titles. In the meantime, he also squeezed in managerial stint at team Prost. Since 2006, Dudot holds the role of expert advisor to Renault and represents the brand primarily through the GP2 engine supplier Mecachrome. Now he strolls through the pits and the paddock quietly…and can express his opinions more freely than most in the world of contemporary Formula 1. Our friend, Roman Klemm talked to him some time ago.

Roman Klemm: Bernard, many managers and technicians working in Formula 1 are former more-or-less successful drivers…how about yourself?

Bernard Dudot: Oh yes, I too have tried my hand on the steering wheel. I was competing in rally, but then my engine broke (laughs). Consequently, my racing budget was eradicated rather quickly, so I decided to stop.

Roman: You have achieved much greater success on the other side of the pit wall…

Bernard: My first job was with the small tune-up shop Alpine, where I drew engines for Formula Renault and Formula 3.

Roman: Since the 1970s you were the leading figure in the turbo adventure at Renault.

Bernard: But it wasn’t naïve adventure. We knew very well what we were doing and I was always convinced of the feasibility of our model. I never had any doubt even when the British competitors did not hide their amusement as one of our creations after another ended its short existence in the clouds of smoke and vapor. Renault sent me to the US company Garrett that had vast experience with turbines, and I learned a lot there.

Roman: The state giant stood behind you all the way?

Bernard: The term ‘giant’ has always been a misrepresentation. We had certain budget and that was the limit. Our work was done in total separation from the road car factory and our financing could never impact its operation. It was in no way comparable to the investments extended by Honda or Toyota in recent years. We were lucky that the president of the company was a racing fan. And myself, together with Gérard Larrousse, Jean Sage and François Castagne…we were just a bunch of young and perhaps slightly idealistic enthusiasts who were not dazed by anything what was going on around us. 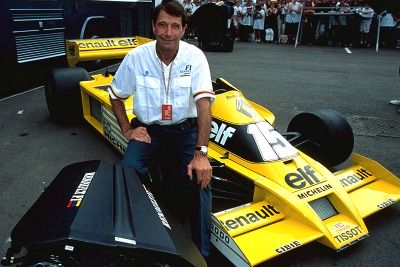 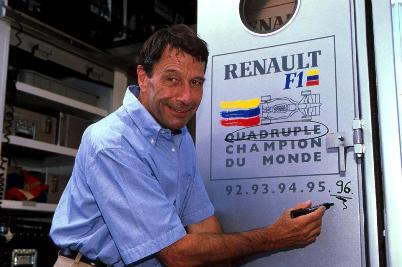 Roman: What was your best motorsport experience? Did you feel that once Renault started to win races, you were winning for France as well?

Bernard: Without question when Pironi and Jaussaud took our car to victory at Le Mans in 1978. It was the definitive validation of my concept and after that Renault gave us really green light for the Formula 1 project. Until then, Grand Prix racing always played the second fiddle. Besides, it is my opinion that it is harder to win in Le Mans than it is to win the Formula 1 Championship. In a 24-hour race, everything must perfectly come together on that particular day…there are no second chances to rectify anything. Whereas in Formula 1 you have the entire year. Did we have any patriotic feelings? Not at all. We were winning for Renault, our company, not for the homeland. I am also very proud of the success my engines achieved with Williams and Benetton. The chassis designers pushed me to consider ten cylinders…personally I was in love with the idea of a V12. But V10 was the right way to go, and just so you know, although the engine department expanded massively in terms of personnel during the 1980s and 1990s, those engines still were 100% my creations.

Roman: From the other end, then. The most bitter day in Formula 1?

Bernard: Again there is no question. Kyalami 1983, when we lost the title to Brabham and BMW. To this day I still believe that Prost should have won that title and the prior year title as well, after Pironi had the accident.

Roman: Alain Prost was not reserved in his criticism of the car’s condition toward the end of the season…

Bernard: It can be told now…we really did run out of money and couldn’t keep up with BMW in pace of development. Perhaps Alain could have been more delicate in expressing his feelings. The truth remains that he made some mistakes that contributed to our loss. This way it led to the decision to fire him.

Roman: Speaking of drivers. You have worked with dozens. Who were the best?

Bernard: Ayrton Senna and Michael Schumacher. Senna was interested in every detail of the engine and Schumacher was the same. I am convinced that the resurgence at Ferrari was largely his doing. I liked Prost as well. He was the best at setting up the car…but not very interested in the engine. 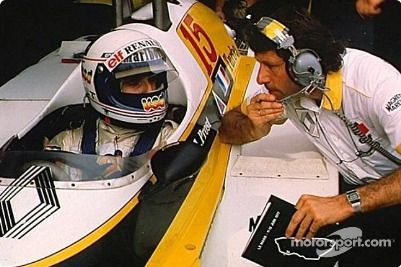 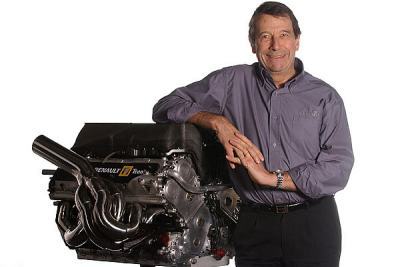 Roman: What were the main problem areas for the early turbos and why had this technology not crossed over to the road cars?

Bernard: Correct fuel distribution and delivery. Mechanical fuel injection could not be calibrated as precisely. Until the 1980s when we started to use the electronic unit from Magneti-Marelli. The road engines had the same problem. Turbos do have a great future, though, because today’s electronics are so sophisticated. Diesel turbos will take over the road car industry…trust me on this.

Roman: So how is the future highway traffic going to look like?

Bernard: First of all, the combustion engine is far from becoming obsolete. Don’t believe all that talk about the world running out of oil, there still is plenty of it. The efficiency development will continue, of course hand-in-hand with supplemental generators of power. Hybrids will take over and sooner than you think!

Roman: What were the road car benefits derived from Renault’s motorsport department?

Bernard: Oh that old cliché that motorsport brings some benefits to the road car industry…forget it. We had absolutely nothing to do with it. Renault Sport was an independent division and we never forwarded any of our progress protocols to the R&D engineers in the main factory. Anything they wanted to assess for production series they could test without us on their own. Maybe in the area of exotic materials did F-1 development bring some benefits…but other than that, the idea of Formula 1 being valuable for road cars is nothing but a myth. They are two different worlds. 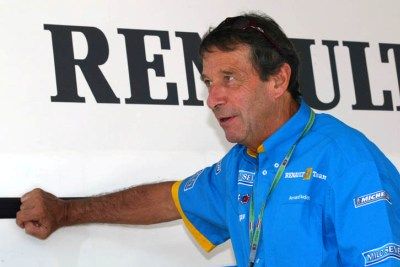 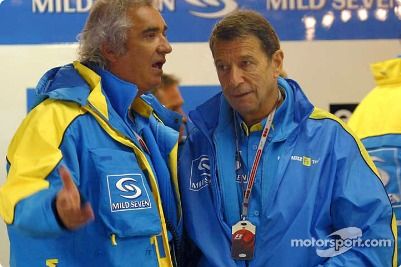 Roman: How do you view the state of Formula 1 today?

Bernard: From the position of an engineer, it is complete disaster. And the FIA is responsible because of the over-regulation. Formula 1 is prohibitive to any development. The engines in particular. At the beginning of the year, FIA takes them and puts its seals on them…and that’s it for the rest of the year. Now, the token system has been introduced but it doesn’t solve the problem either. This is absolutely unacceptable for any technician.

Roman: So what would Bernard Dudot change if he could become the FIA for a day?

Bernard: I would propose a rule of Formula 1 energy consumption. The FIA would simply determine how much energy can a car use in the course of a race and everything else would be open to interpretation. Then you would see how much variability would be introduced and Formula 1 would lead the technical revolution once again.

Roman: How do you view the current generation of drivers, whose every step is accompanied by their parents, managers, and entourage of other people?

Bernard: It is how it needs to be, they are under a lot of pressure. Their on-track performance is directly linked to the employment of hundreds of people and therefore they must concentrate on driving and nothing else. So they need others to deflect all the other demands on their time…although I admit that sometimes it looks ridiculous. This was also Schumacher’s innovation…he raised the professionalism of Formula 1 driver to a whole new level.

Roman: Do you ever get together with the old colleagues and drivers?

Bernard: Yes, we reminiscence about the so called ‘good old times’ every now and then. But I have to say that I am living in the present, and for the next moment, so I seldom bask in the bygone glory. Not too long ago I went to some exhibition and saw one of our 1970s cars there, and…with today’s eyes I must say I did not like the way we bolted it together back then.