Oscar Larrauri is Argentinean racing driver, who was inspired by Juan Manuel Fangio in 60’s. However developing a career wasn’t entirely easy in Argentina in that time, he managed to reach Formula 1 after going through many disappointments and adversities. Although he has achieved no successes in the most prestigious series, his passion for racing hasn’t faded, so he felt a second youth and found himself successful in sports cars. He participated in Le Mans race many times and once he managed to finish second. Despite that, in a special talk with Oscar, we are discussing about the first ever Formula 1 hero - Juan Manuel Fangio, some changes in Argentinean racing culture over the last decades, as well as Dakar rally and rumors about Argentinean Grand Prix, what is believed to be coming back to Formula 1 calendar.

Wojtek Paprota: Oscar, you had a great racing career in the 80’s and in the 90’s and now you retired and live in Argentina. What do you do now?

Oscar: Since 1996 to 2010 I had been running a free-run animal breeding company. We had around 30000 animals and we have been dealing mostly with pigs and poultry. Some time ago I sold it to my brother and some more business partners, it is a bit complicated history. For a couple of years I have been dealing with renting properties and that is my main activity now.

Wojtek: You started your racing career at the same time when Juan-Manuel Fangio retired from the sport after winning a huge number of races. How did he use to be treated in Argentina?

Oscar: He was an authority for all the young boys who were dreaming about racing, including myself. He was the man who used to inspire us. He was the real hero in Argentina and he was a great person as well. 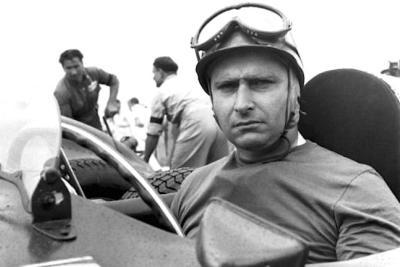 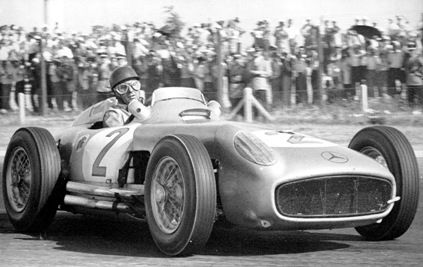 Wojtek: As you come from Argentina, you probably know his key to the success. Where did he learn how to race?

Oscar: The key to Juan’s successes was faith, faith, and faith in his abilities. He used to think that if you really want it so badly, you can achieve it if you are determined and unyielding and as long as you fight, you are the winner. Since he was 9, he was participating in various local races. He spent most of his youth behind the old, off-road Jeep, what used to be popular during World War II.  He used to use it as a buggy so he was able to race not only at races held at the tarmac.

Wojtek: How Argentinean motorsport looked like in the 60’s?

Oscar: The most intense development has been made at that time in the history of Argentina. Many new car-prototypes have been constructed and the first national championship with touring cars racing there was created. 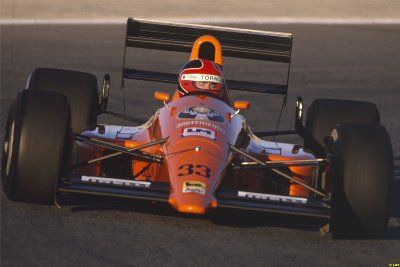 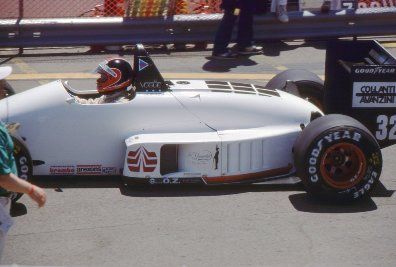 Wojtek: How difficult it was to develop your racing career in that time?

Oscar: It wasn’t easy. When I was 18 we had a group of 40 colleagues who were fans of motorsport. We were racing in various races and we had to pay for each start. What’s more, we didn’t have mechanics and we had to take care of our cars by ourselves. However, the atmosphere was friendly and when you couldn’t fix any problem with your car, it was easy to find somebody who could help you. I had been working like that until 1980 when I decided to go to Europe.

Wojtek: So it was without a shadow of a doubt a turning point in your career. Why did you want to go there?

Oscar: The main reason was that I wanted to race at long version of Nürburgring and I also wanted to go to Formula 1. My first desire was relatively easy to make it happen, but reaching F1 wasn’t.

Wojtek: It took you 8 seasons to reach Formula 1. What have you been doing and what happened that you finally got a race sit in F1 team?

Oscar: It was because of Walter Brun, he was such a fantastic person. Before I reached Formula 1 I was racing in Sports Cars and in Deutsche Sport Meinsterschaft, German championship. He has been doing very well so in 1988 we decided to come to Formula 1 and I was engaged as a driver.

Wojtek: Although you haven’t achieved any successes in Formula 1, are you happy and proud of the fact that you even reached and tasted the most important racing category?

Oscar: Yes, I am very happy and proud of that. I am really happy, especially because of Monaco Grand Prix 1988, when I qualified 16th, what was higher than my average result. I will never forget that feeling when together with the other drivers we racing wheel-to-wheel on the streets of the principality. It was something amazing! 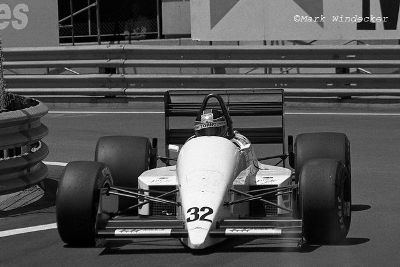 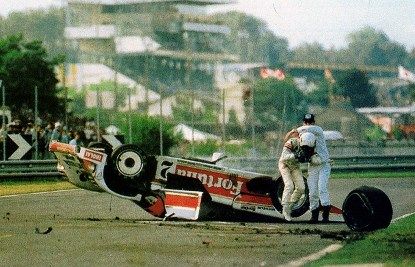 Wojtek: After an episode in Formula 1 you came back to Sports Cars and your results were much better there. How would you compare racing in F1 and Sports Cars?

Oscar: There are many differences, but, in my opinion, the most important one is that in Formula 1 you have much less time for making decisions and for reaction as well. When you are driving Formula 1 car and breaking ahead any corner takes you 75 meters, in prototype-car, it takes you 150 meters. At least, it is how it used to look like when I was racing.

Wojtek: Were you 100% happy when you were racing in Sports Cars, when both your cars and your results were much better than in Formula 1, although it wasn’t the pinnacle of motorsport?

Oscar: Yes, because I had a different point of view. It was still racing, what is my huge passion so does whenever I have been racing, I have been always happy and I have enjoyed it.

Oscar: Not so many. Over the last few years, interest in motorsport has significantly decreased, but a number of championships what are being organized in Argentina remain the same. 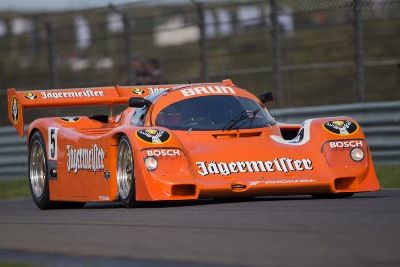 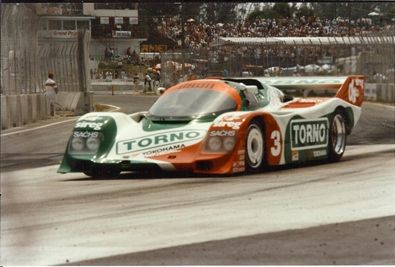 Wojtek: What kind of influence on Argentinean motorsport had moving Dakar Rally to South America?

Oscar: I think that the situation in Argentinean motorsport hasn’t changed significantly because it was a clear business decision. Dakar Rally is a huge business and I think that is is managed really well, but… it is still a business.

Wojtek: Which Argentinean drivers are the most known now and which ones have the biggest chances to reach Formula 1 in near future?

Oscar: When it comes to talented drivers, I think that there are plenty of them in our country but I don’t think that any of them will reach Formula 1 soon. The situation in our country is that people care more about national championship than about international ones and they just don’t want to move off from Argentina.

Wojtek: Some time ago there were some rumors that we might have an Argentinean Grand Prix in Formula 1 calendar in near future. Do you think that it may be true?

Oscar: I really like this idea and I wouldn’t cross it out. I think that our new president, Mauricio Marci, may bring us Formula 1 back again.